Does Infidelity Affect My Divorce? 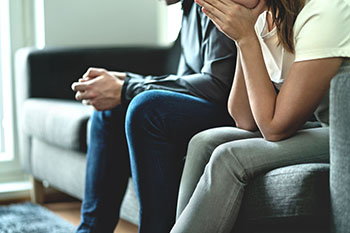 Trust is one of the most important elements in a marriage. When that trust is broken by infidelity, a marriage may not ever be able to recover.

Recent studies from the American Association for Marriage and Family Therapy indicate that 35% of women and 45% of men have committed emotional, intimate, or sexual infidelity during marriage. The emotional and psychological impact of infidelity can negatively affect not only the other spouse and children of the marriage but the individual who committed infidelity as well.

While infidelity might not be the only reason a marriage fails, it is often seen as a critical detail in the eyes of the law. If you are considering divorce, or have already begun the process, and adultery has been the catalyst of your divorce, there are a number of different legal considerations that can impact how your divorce plays out.

For over 20 years, Shannon A. Jones, Attorney at Law, has been helping clients in Memphis, Tennessee, and the surrounding communities navigate the complexities of divorce. Shannon A. Jones initially became a family law attorney because of a strong desire to help clients and their families through these emotional legal challenges as amicably and efficiently as possible.

How Does Anyone Prove Infidelity?

Given the highly secretive nature of most affairs, finding and presenting proof of infidelity to the court can often be very difficult. It may require eyewitness testimony, documentation of financial records, documented emails or text messages, and any other evidence of extramarital affairs. Even if there is no documentation or testimony proving the specific act of sexual intercourse, a preponderance of circumstantial evidence of a spouse’s desire and opportunity to commit adultery may be enough to convince a judge to consider it during deliberations.

Although Tennessee allows for “no-fault” divorce based on irreconcilable differences and desertion, the state does allow for individuals to file for a fault-based divorce on various different grounds, including adultery. Couples who are unable to reach a settlement agreement will likely end up in court where evidence of any infidelity will be presented.

How Does Infidelity Impact
Divorce in Tennessee?

Adultery oftentimes has a significant impact on divorce proceedings in the state of Tennessee. Typically infidelity can have a rather significant effect on alimony payments, however, it can also be a factor in both asset division and child custody as well.

Spousal support, often referred to as alimony, can be awarded to a spouse to help them pursue educational or job training opportunities, pay their divorce attorney fees, or to help a spouse who remained at home during the marriage maintain a similar lifestyle during the marriage. If the spouse who committed adultery is the one who will be in need of spousal support, they may be denied alimony if it is determined that their infidelity was the primary reason for the failure of the marriage. However, if the non-cheating spouse chose to forgive the cheating spouse and continued living with them, the cheating spouse may not be denied alimony.

If the spouse who committed adultery is in the stronger financial position, the receiving spouse’s alimony will not be increased due to that infidelity alone. The act of infidelity will never impact the amount of alimony awarded in a divorce, but rather the likelihood that alimony is awarded at all.

Although infidelity is not an issue that directly affects how marital property is divided, it can have an impact if there is proof that the unfaithful spouse spent marital assets on the commission of adultery or incurred debt related to the adulterous activity. For example, if your spouse spent your money on an expensive gift during the extramarital affair, the court may award you a larger share of the marital property.

Tennessee courts will always rule in the best interest of the child or children when deciding custody agreements. Therefore, the behavior of both parents will always be taken into account during deliberations. Additionally, because the court will consider the preference of any child with the mental capacity and maturity to voice an opinion about which parent the child prefers to live with, children neglected or emotionally hurt by a parent’s infidelity can always become a factor should the child voice their preference.

How S. A. Jones Law Can Help

Statistically speaking, many marriages involve the infidelity of one or both spouses. While some couples will attempt to work through it, the reality is that most couples cannot. If you are considering divorce due to infidelity, it is always wise to consult with an experienced Tennessee divorce attorney to help ensure that your best interests are protected.

Shannon A. Jones, Attorney at Law, has helped hundreds of clients in Memphis, Germantown, Cordova, and Covington, Tennessee face the complicated issues of divorce and find a solution that can help them move forward. Experience, knowledge, and compassion are the hallmarks of a good family law attorney. Clients can find all three at S. A. Jones Law. Call or reach out to S. A. Jones Law today to schedule a free consultation and discuss your case.